If you want to build the front of your shoulder without doing the pressing up like in shoulder press, front raises are a great exercise to do – and you can do them perfectly fine with resistance bands.

In the first part of this article, I will show you how to execute a front raise with resistance bands properly and in the second part, you find some tips to make the front raise harder and more effective to get you the pump you’re looking for.

Let’s jump right into how you do the basic front raise with resistance bands.

Doing your front raise with a resistance band gives you several advantages over doing them with a machine or with free weights. 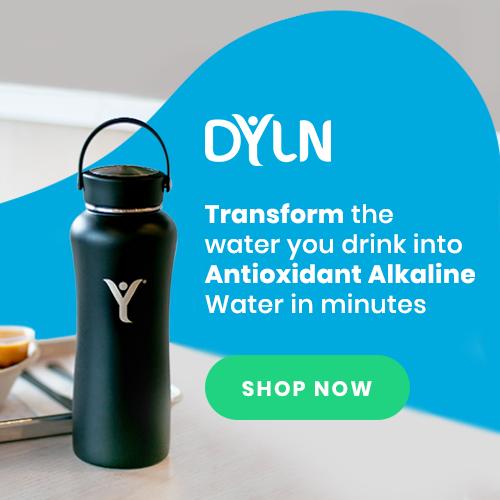 How To Front Raise The Right Way

The front raise is the front delt version of the lateral raise where you raise to the sides. To do this right, stand in a neutral upward position with your shoulders back but not excessively sticking your chest out.

Step on the resistance band and grab the band with both hands (you will find some more things about the grip position below). And raise your arms straight upwards until your hands are a little over your shoulders. Don’t go higher than that, it will only put extra stress on your shoulder joints and add traps in. 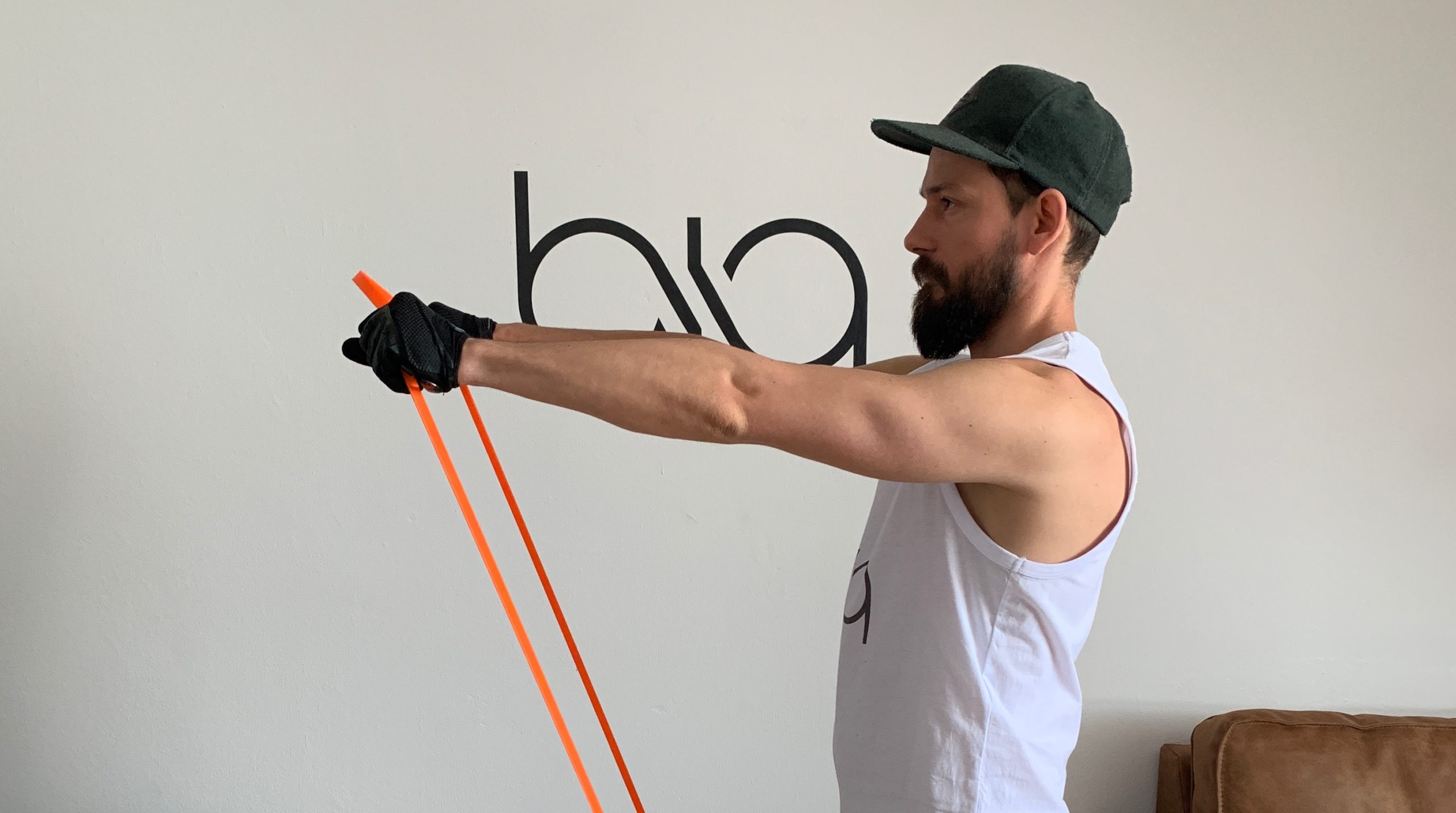 ⓵ Grip Position – with your grip position you can get in other parts of your shoulders more or less. The grip for most front delts is with your thumbs facing up, but you can also make your thumbs face each other to add in some more side delts.

Take care to not rotate your hands inwards, this will put extra stress on your shoulder joints and you’re really asking for an injury doing this. 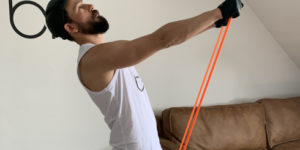 ⓶ Don’t Lean Back – many people do this, especially when it gets too hard to lift the hands up. Pay attention to that because leaning back will only put extra stress on your lower back when you do this swinging movement with your upper body. If you find yourself constantly doing this, it’s a sign that you might use a resistance band that’s strong for you.

⓷ No Slack – one of the most-common mistake is when people have slack in the band because they can’t get the band up without slack.

Pre-stretching the band is really important or you will get a lot less time under tension and fatigue the muscle less. If you can’t do the front raise without slack in the band, you’re using a band that’s too strong and you should drop to a lighter band (see below tips how to get more resistance out of a lighter band to get the perfect resistance for you).

Alternative Ways To Do Front Raises With Resistance Bands

With every version of an exercise, you will find people that really like it and others that don’t like it that much. If you have problems with the traditional way of doing the front raise as shown above (while executing it the right way), you might want to try one of the alternative ways. 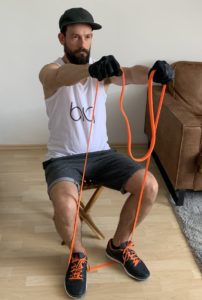 Sitting – if you have problems keeping your upper body stable (e.g. a weak core is a reason for that), you can also witch to a seated version of the front raise by sitting on a chair or a bench.

You will still step on the band so your knees are below your hands in the fully risen position.

Front To Side Raises – you can also combine the front raises with side raises into one single exercise by not moving your hands down once raised in front of you but rotating them out to the lat raise position and back to front before you get down. This will also train your side delts and make a great exercise for both delts at the same time.

When you do lateral raises, you always have your front delts involved a little bit as well and vice versa, so combining them is not a bad idea.

Step Your Feet Apart –  you can adjust the resistance by simply stepping your feet further apart. This will stretch the band further and adds resistance. The best thing about this tip is… You can do it mid set. Want more resistance? Take your feet apart! You are at the end of your set and the form starts to get ugly? Put your feet together! Easy. 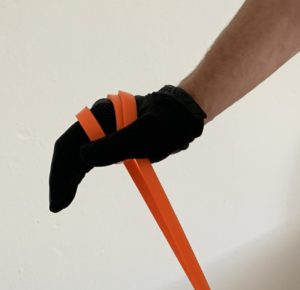 Shorten The Band – You can also wrap the band around your hands to shorter the length between your feet and your hands. This is a little better for smaller adjustments in resistance but you won’t get that better angle. You should try both ways (or combine them) to find the best resistance.

As I said, getting to a stronger band with front raises is a huge jump and you should normally work with shortening the lighter band for quite some time to be ready for that.

I like to wrap the band around my hands to not have to focus on my grip during the front raises that much, but that’s also a personal preference.

Double Time – If you feel that there is only a little bit of resistance missing and a jump to the next thicker band would be too much, simply add a second one of the lighter ones. It will give just that extra resistance you’re looking for without taking it over the top